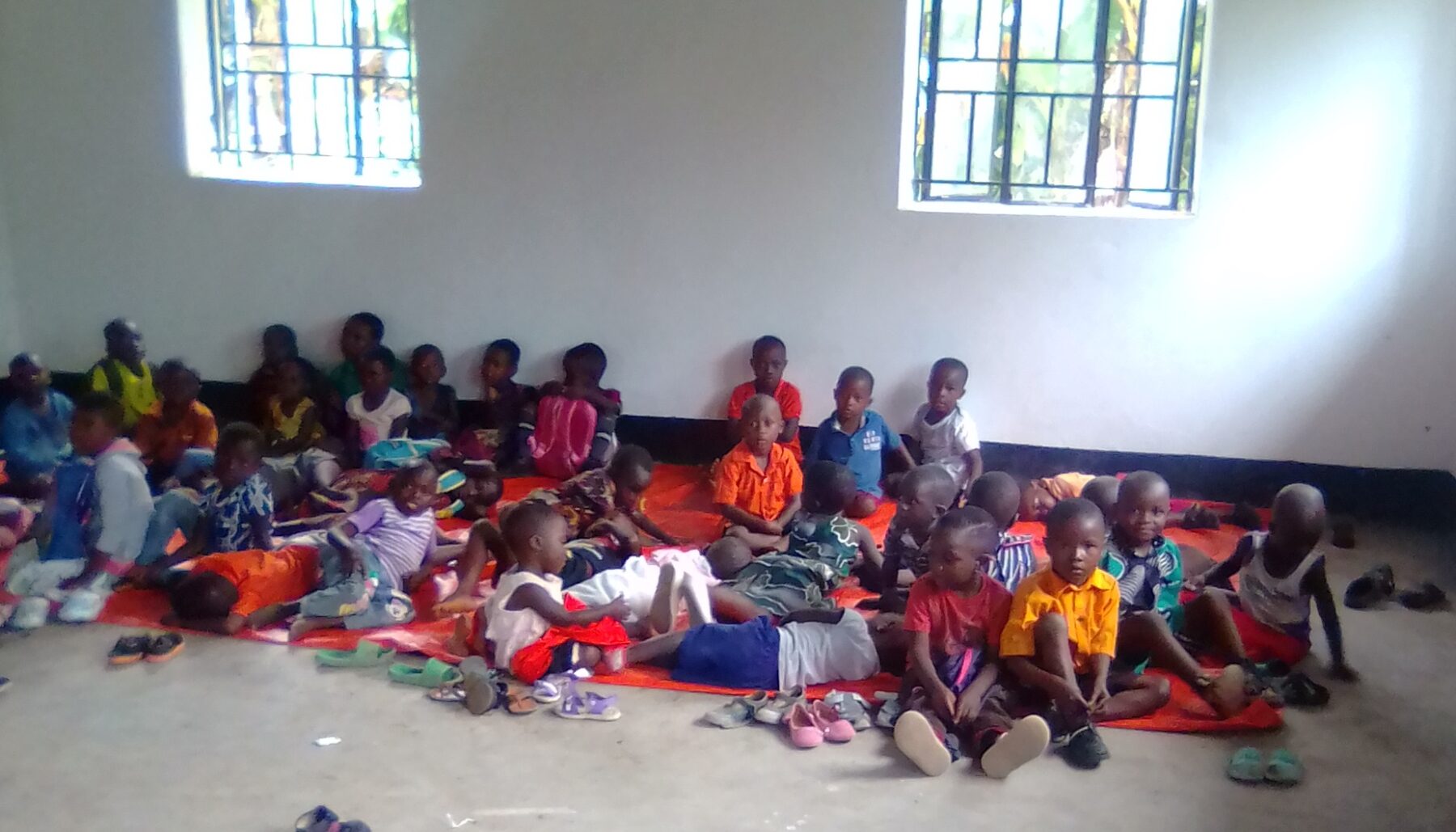 Katumba parents are delighted with their new school

Over the past two years, Uganda Humanist Schools Trust (UHST) has been funding the construction of a new school for the children and parents of the Katumba community. The project has helped to consign to history the troubles of 2016, in which 100 fathers were killed.

After much hard work in the face of many setbacks, the school opens a year early. What follows is an account of the opening ceremony, held on Saturday 8th January, written by Juma Irumba Siriwayo, Chair of the Parents’ Management Committee.

“Saturday was a special day for the parents, children and the wider community of Katumba in Bundibugyo District. They were delighted to see their school opening in new brick-built buildings on a safe, dry site.

Present at the opening ceremony was the District Councillor Hon Muganzi, a parent who has worked tirelessly to support the school. He has provided building materials on credit whenever we ran out of cash. As Managing Director, I welcomed the community to the school and read a speech from Steve Hurd, Chair of UHST, who was not able to be with us for the opening due to Covid travel difficulties. Mr Kagaruke the senior District inspector of schools replied as our chief guest. He hailed the entire UHST team for their commendable work in supporting such an important educational initiative in this previously neglected and remote rural area. Mr Kagaruke thanked UHST and its supporters for fulfilling the dream of our community for a decent school that will educate of our underprivileged children. He thanked UHST for the amazing provision of scholarships to enable the 6 best Primary Leaving Examination candidates from 2020 to move on to Isaac Newton Humanist High School, in Masaka District, for their secondary schooling. We presented the successful students with mattresses for beds in school dormitories and some scholastic materials. Their teachers were each given 100,000 Ush bonuses in recognition of the dedication in supporting the students with home study during the Covid lockdown.  We were delighted to have the presence of former students from 2018 and 2019 who spoke well of being scholarship students at Isaac Newton School.

Mr Kagaruke said UHST supporters were the great heroes of Katumba Parents Humanist  School. Everyone felt that, with UHST support, standards had risen and would continue to rise in years to come. They appreciated the fact that children now had books and other learning resources, that had previously been absent. This is bound to improve educational outcomes. We look forward to the completion and equipping of the new library building and of the computer room, which will put Katumba ahead of other schools in the District.”

On Monday 10th January Katumba School opened along with other schools in Uganda. This is Juma’s account:

“The first day was very fantastic with an enrolment of 190 pupils. There are so many in the nursery section that we shall need to buy more furniture. The opening of Katumba School was a very big event in Bundibugyo District. Media teams from national and local radio visited the school to witness the first day, including Uganda Broadcasting Corporation (UBC) Radio and Bundibugyo Development FM (DFM). Our children and teachers shared a lot of interesting stories and told the journalists how happy they were with the new school and the high academic standards it was already achieving. Our school opened with 18 teaching and 4 non-teaching staff, including the bursar, askari, nurse and 2 cooks. Most of our children lacked uniforms and many parents were asking to pay school fees in arrears, which presents the school with severe cash-flow problems from the start.”

Building the new Katumba School was envisaged as a 3-year project. We are delighted that is has become useable a year early. Though there is further work to be done as resources become available. Plastering and painting the primary 5, 6 and 7 classrooms is the next priority followed by purchasing an extra plot of land and fencing the school. These, other finishing work and the purchase of outside playground equipment and more books and educational toys and games will require us to raise a further £10,000. Once everything is finished, the new school will begin to make a huge contribution to the social and economic improvement of a very remote community for whom life is challenging in so many ways.

← Story of an Isaac Newton Teacher
Joy as schools reopen →