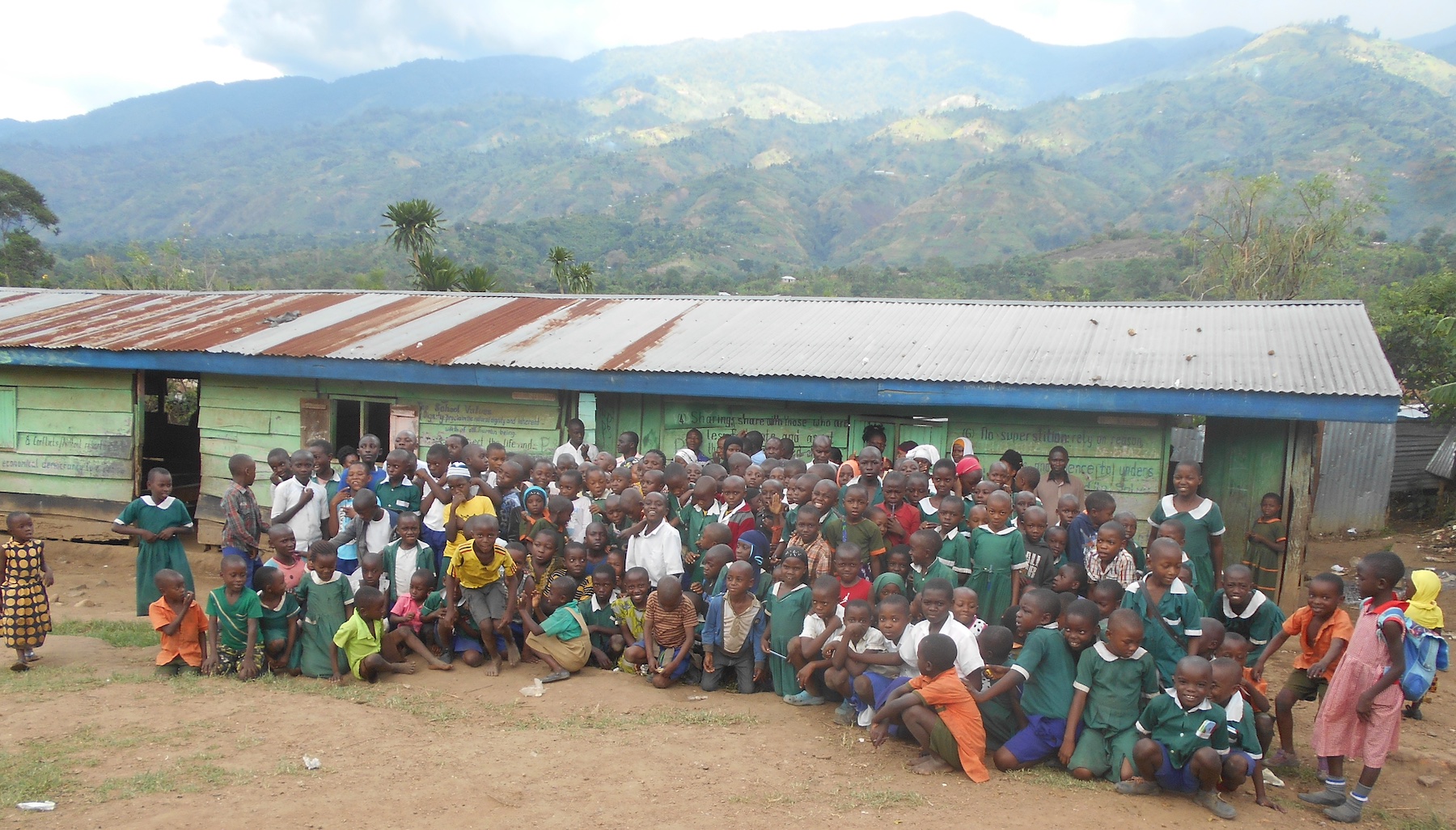 When projects don’t quite go to plan

During our first visited Katumba Parents Humanist Primary School in July 2018 we were moved by what we found there. Katumba is a remote and neglected community eking out a living growing cocoa and food crops on steep slopes which rise to the 15,000 feet high snow-capped Ruwenzori mountains. Parents from this poor community came together to build a primary school, from timber hewn from the montane forests. Unfortunately, the land they used was swampy and subject to flash flooding and just one year after opening the school serious local unrest left over 100 young families from the school fatherless. Widowed mothers had to find ways to feed and educate their children without the support of their menfolk. They scraped together small sums of money to pay people from the community to teach in the school. We were impressed by the high standards of children’s English being achieved.  In the first cohort to take the Primary Leaving Examination, the 3 children who gained the highest grade were awarded UHST scholarships to enable them to study at Isaac Newton Humanist High School.

Two UHST supporters responded to the report of our visit by offering to build the Katumba community a completely new school on a more suitable site. Juma, one of the surviving young fathers, agreed to manage the project. Although he had a degree in mycology and worked part-time with an American NGO seeking out native plants and fungi with medicinal properties, he willingly committed himself to the huge amount of work that would follow. After 6 months of email exchanges, we settled upon a site plan that met the needs of the school and fell within a budget of £80,000. Work began in February 2019 on clearing the land and digging foundations. After 20 months of hard work, the new school is nearing completion.

The £80,000 budget that was earmarked for the new school has been spent and further work is needed to have it ready for opening in January. With such a large project it would be amazing if it came in exactly on budget. However, this Katumba School project has been beset by a catalogue of extraordinary challenges:

This amazing catalogue of events has challenged Juma, his building team and UHST Trustees. We have had to lean heavily from time to time on our Humanist values of “reason, compassion, tolerance”. Despite numerous setbacks, Juma has shown determination to get the project completed. He is now very close to completing the entire project with the originally planned 3 nursery rooms, 7 primary classrooms, staffroom and offices for the headteacher, school secretary and bursar and, the bonus unplanned but desirable extras of: mains water, rainwater storage, mains power, 3 more rooms in the nursery, a library and a computer room.

During my visit to Uganda in January, we were hoping to formally open the new school. However, we may have to delay the opening unless we can cover the additional costs. Supporting the Humanist schools through Covid has stretched our funds to the limit. We have been determined to keep enough aside to cover the running costs of all 6 of our schools until the end of December. We need to find £11,000 to build a school kitchen, complete floors, walls, paintwork, and perimeter fence, and to pay for the extra acre of land.  The District Inspector, who visited the school last week, was most impressed by what he saw and said that, once finished, it will be the finest primary school in Bundibugyo District. Local people are queuing up for places in the new school as are newcomers to the district. Refugees have been pouring into the area to escape civil unrest in the Eastern Congo and already 20 of the displaced children have applied for places at Katumba. The children of Katumba and their parents cannot wait for the school to open. We just need one last push to complete this ambitious project.

If you want to know more about Katumba read here…

We described our first visit to Katumba Parents Humanist School, near Budibugyo 3km from Uganda’s border with the strife-torn Eastern Congo in our July 2018 Report.

← Humanist School from Space
Living Life on the Edge →