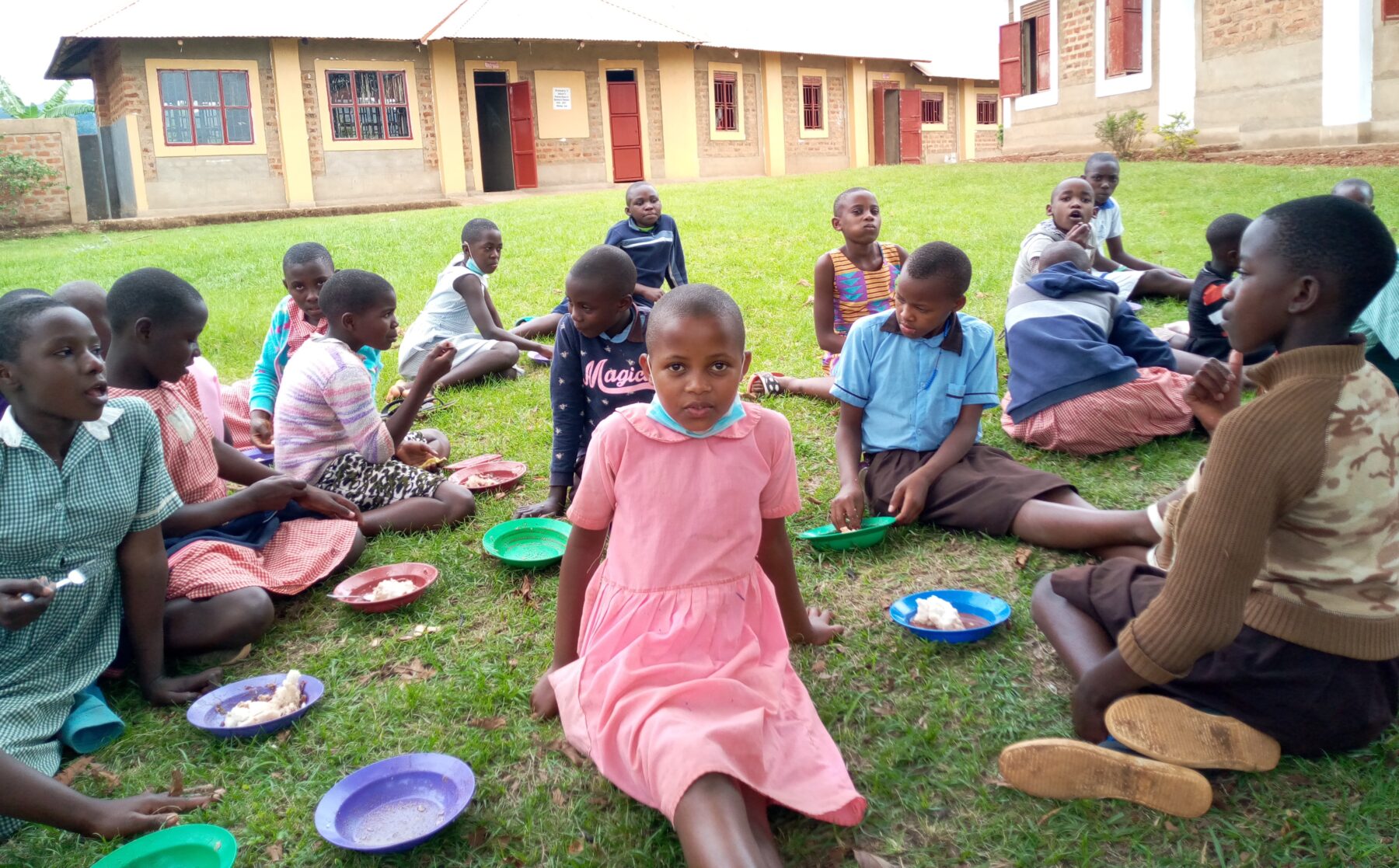 What do children gain from Primary Education in Uganda?

All 4 schools are in poor rural locations where, historically, children have had little access to affordable schooling and where the general quality of education has been low due to large class sizes, lack of books and learning resources and low teacher morale due to very low and intermittent pay. This has been true whether the schools are private or state run. Private education is growing in Uganda and accounts for one-third of primary and two-thirds of secondary schools. Primary participation has increased to 96% since the government introduced its Universal Primary Education (UPE) initiative in the year 2000. However, still less than a quarter of children have access to nurseries and other pre-school opportunities, which we know from studies around the world, make a huge difference to final educational achievement. One-third of children drop out without completing their primary schooling and fewer than a half of children who gain a Primary Leaving Certificate move on to secondary school.

Several factors hold back educational progress in Uganda. The country has one of the highest birth and fertility rates in the world. Currently half the population is under the age of 17. The demographic transition is beginning, and family sizes are falling as more women come into the labour market. However, although the government is spending more each year on education, it is running to stand still given the rising number of children each year.

All schools, including government ones, charge school fees. Yet, the fees are very low as many families have small and irregular cash incomes. Average household expenditure on primary education is just £40 per child per year in rural areas, and £100 in the central region around Kampala. The £2 to £10 per year that schools receive from government does little to plug this regional gap in funding between schools. The consequence is widespread under-resourcing of schools. There are also substantial inequalities between urban and rural schools, between state and private schools, and among private schools, where fees vary in direct relationship to their examination success. Class sizes can be as low as 30 in the better funded private schools but well over 100 in some of the more deprived rural areas. While the average class size is over 50, classes of 70-100 are common. Such large classes stretch resources and mean that many children must learn to read with flash cards, and without having access to books. A UNESCO study found that 40% of children were scarcely literate in Primary 6, the year before they take their Primary Leaving Examination. Another concern is the low levels of welfare in many primary schools. Many schools have limited access to water for drinking and handwashing, toilet facilities may be poor and insanitary, school food is inadequate and physical and even sexual abuse of children is common. According to a study by UNESCO, 24% of children in Uganda have experienced some form of sexual abuse by the time they leave primary school.

At the end of Primary 7, children take their Primary Leaving Examination which comprises 4 test papers in Mathematics, English language, Science and Social Studies. Each paper is 135 minutes, except for Mathematics which is 150 minutes. The papers are graded 1 to 9 so the best possible aggregate mark is 4 (which is a grade 1 distinction in each subject). The lowest aggregate is 36 (9 points for each subject, which is a fail). Students with between 4 and 12 points gain a first grade, or division 1; aggregate scores between 13 and 23 results in a second grade; 24-29 awards a third grade; 30-34 pass with a fourth grade and those with 35 or 36 fail. Only two-thirds of children who enter primary education pass their PLE. In the 2021 results only 11% gained grade 1, 46% grade 2, 20% grade 3, 13% grade 4 and 10% who entered for the exam failed completely.

What difference does passing PLE make to children’s lives in Uganda?

Here is an account given by Robert Magara, the Director of Kanungu Humanist Primary School:

“As soon as the PLE results are published, parents started hunting for vacancies in secondary schools. For many parents, the top-most consideration is a school’s performance over the years. Much as this is an important parameter, it cannot be the only one. They must also take account of what school fees they can afford from the meagre incomes they receive from selling their cash crops.

The job market is changing and by the time children leave school, a lot will have changed. For the many children who do not go on to secondary school, PLE success will determine access to a whole range of possible jobs. So, the additional opportunities children have when they have completed PLE are many!

With a Primary Leaving Certificate, children at the age of 13 can go for a three-year craft training in farm and technical schools and in vocational training centres.

Many primary leavers spend a year earning money to pay fees to enter secondary school a year late. If they can fund themselves to Senior 4, and gain O-levels, then they have a chance to go for vocational certificate courses and later upgrade after two years to go for diploma courses. Those showing great determination can also take the long route onto a vocational degree course.

Those children who cannot afford to pay fees or high fees rates in secondary schools go for shorter courses in vocational institutions. Those children who drop out of primary school still have other chances of training in practical skills through working alongside more experienced workers. We need people who can build roads, build good houses, who can wire electricity and we need people to train in tailoring, plumbing, carpentry, joinery and metal fabrication. These jobs can provide appropriate skills to the students that the current system of education fails. Of course, despite the opportunities many of the children who fail to complete primary school or perform poorly in the PLE have to return to the land as farmers.”

← What happens to students when they leave school?
Recent bequests have made a huge difference →