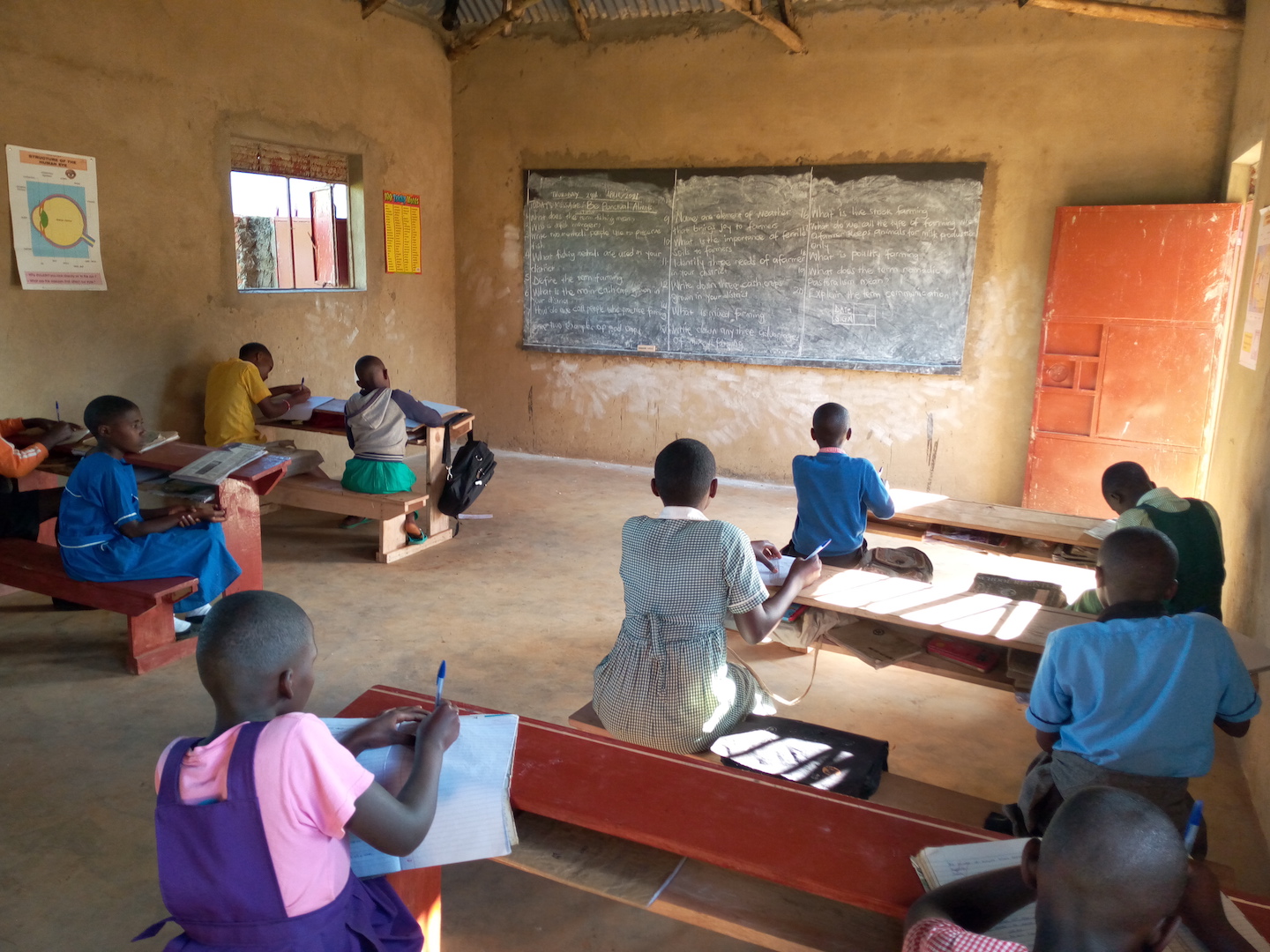 Recent bequests have made a huge difference

Uganda Humanist Schools Trust receives income from both one-off and regular donations. Two-thirds of regular donations pay for scholarships, which enable bright but needy children to get a good education in the Humanist secondary schools. The rest is used to buy books and learning materials, to improve the welfare of students and teachers and to pay for small building works. From time-to-time we receive large donations in the thousands of pounds. We rely upon these to fund major building works in the schools. For example, individual donors have paid for boys’ and girls’ dormitories and other single buildings and donations from one donor have, over several years, funded the construction of an entirely new primary school for the strife torn community of Katumba, near the Congo border.

The Covid pandemic put severe strain on our resources. However, progress on building up the Humanist Schools has continued thanks to a successful appeal which raised £45,000 towards the purchase of two bankrupted primary schools.  These are currently being refurbished to serve as Humanist feeder schools for Isaac Newton and Mustard Seed High Schools.

The receipt of money from the wills of dedicated Humanists who have sadly died in the past years has made a huge difference to UHST’s capacity to support the development of Humanist Schools in Uganda.

In October 2020, North London Humanists selected UHST to receive £35,000 from a legacy left in the will of Terry Mullins, one of their long-standing members.

Following discussions, the group decided that they would like the money to be used to help with two new Humanist Schools near the Congo border, Kanungu and Katumba Humanist Primary Schools. Both communities had tragic recent histories, in which hundreds of people had died in cult killings and the new schools are creating hope for better futures for the children and their families.

Kanungu (where 780 men, women and children were murdered in a church), has had money to build:

Katumba Parents Humanist Primary (where over 100 fathers were killed in a cult uprising) has been allocated funds:

This left £10,000 which has been used for a wide range of essentials across the Humanist Schools, including:  play materials, books and learning resources, helping destitute families to pay school fees, and buying sanitary pads for the older girls and many other things. For example, an entirely new secondary curriculum reform has been implemented in Uganda, so funds were used to buy new textbooks and laboratory materials.

Thelma Taylor, who supported UHST from our first appeal in 2009, sadly died in March 2020. We received £15,000 from her estate in October 2020, and a further £43,750 in April 2021, when her house was sold. Thelma had no close relatives, so she chose to leave money to help Isaac Newton and Mustard Seed Schools, whose progress she had followed closely in the final years of her life.

The money she most generously left has made it possible to complete a new boarding house for needy boys who had been either walking long distances to and from school or sleeping in classrooms. The boarding house will make a huge difference to student welfare, by providing a safe place for needy boys to live, work and play. We know from experience over the past 12 years that when students have an opportunity to board their learning and exam results improve substantially.

Money from Thelma’s will has also enabled Isaac Newton School to construct a much-needed large multi-purpose hall. With 600 boys and girls in the school, they needed a large indoor space for dining, assemblies of all kinds, examinations, music, drama and debates, and for community meetings. This fine new building has effectively completed the infrastructure of the school.

Money from these two bequests has also helped us to relieve some of the stresses caused by Covid. They have provided funds for handwashing stations, disinfectant and for anti-mosquito paint, which enables classrooms to be used in the evenings for catch-up classes without exposing boys and girls to malaria.

You can find out more about bequests to UHST in this link: https://ugandahumanistschoolstrust.org/donate/making-a-bequest/.

← What do children gain from Primary Education in Uganda?
Phoenix arises from the ashes →