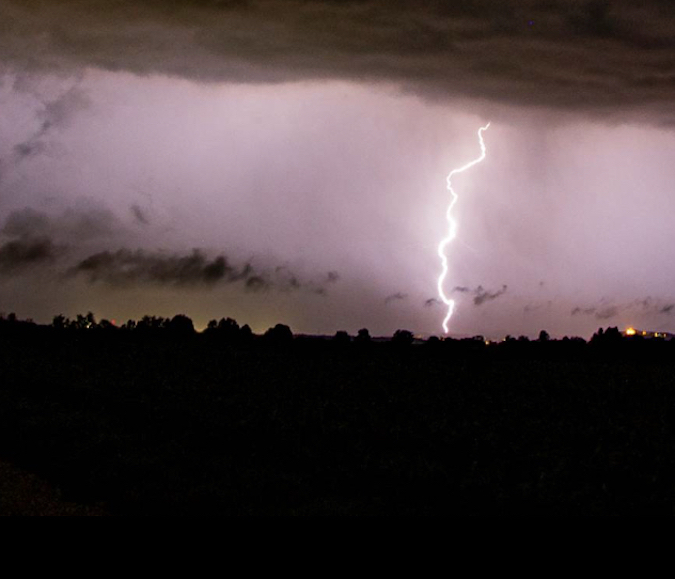 The equatorial heat of Uganda generates strong updrafts of air. Thunderstorms are a frequent occurrence, particularly around the equinoxes, when the sun passes over the equator. Having large water bodies, like Lake Victoria, and being high above sea level – the Ruwenzori mountains in the west rise to 15,000 feet – makes matters worse. Kampala has more lightning strikes than any other city in the world. Over the whole country there are an average of 70 lightning strikes on every square kilometre of land each year.

Fortunately, although frightening, deaths from lightning are still comparatively rare. A recent UNESCO document reported that in the 15 years since 2007 191 people have been killed and 727 injured in Uganda. However, it makes the headlines whenever lightning strikes schools and causes death. For example, in 2011 lightning killed 18 children and a teacher in a primary school in a hilly district 160 miles west of Kampala. A further 10 children were killed in 2020 in Arua in north-west Uganda after retreating from a football pitch to an isolated grass-roofed shelter, which was struck. Just a few weeks ago 3 children died and others were injured when lightning struck at a new Humanist primary school in the foothills of the Ruwenzori Mountains, near Kasese, in the west of Uganda. Such events invite local people to conclude that God may be wreaking his vengeance on a secular school.

As a result of global heating, storms are becoming more powerful and lightning ever more common. Although the chance of a particular school being hit by lightning is small, there is an expectation from government and communities that schools take steps to protect children and teachers. It poses a genuine dilemma for the Humanist Schools. We want to be seen to be doing something that will make a difference and yet we cannot afford to spend huge amounts fitting lightning conductors on every building. The Humanist High Schools each have well over 10 separate buildings to protect.

Schools belonging to Uganda Humanist Schools Association have been discussing the issue and guidelines have been circulated on what to do during a lightning storm. These include measures, such as:

It is widely believed in Uganda that tall trees can be used to deflect lightning from buildings. The Humanist Schools have been planting small stands of tall eucalyptus trees to perform this function. Eucalyptus trees are combustible, and lightning can arc from them to the buildings, so the schools know not to plant trees too close to classrooms.

A further obvious measure is to install lightning conductors on school buildings. The Ministry of Education has a scheme to promote this. However, it is not without problems. Lightning protection varies in cost and effectiveness from £750 to £2,500 for an individual building and tens of thousands to protect a whole school. Copper conductors are also subject to theft. However, no system provides 100% protection. Isaac Newton High School has been approached by a telecommunications company to install a mobile-phone mast in the school grounds. They have been informed that the mast’s lightning system will protect the school. This seems a good solution, if it happens.

At UHST we have a dilemma. Should we spend scarce resources that we need to improve education and welfare in the schools on protecting schools from an event that is unlikely to happen? This is the classic insurance dilemma and the reason why so few poor people buy insurance. We have been talking with a US-based NGO that specialises in designing lightning protection systems for schools in Africa (African Centres for Lightning and Electromagnetics Network). A possible way forward for our schools would be to protect one large building as a lightning refuge that children could retreat to in times of storms. If a school has a hall, then that would be an obvious place to protect, otherwise a large classroom block. If we went for this solution, then we would need to raise around £3,500 per school (£21,000 in total). This would provide a degree of protection against an unlikely event and families of children in the schools would appreciate that we had made the effort. Certainly, the human and reputational damage from having children in one our Humanist Schools injured or killed in a lightning strike would be huge. However, given all the other essential educational and welfare needs of the schools it is hard to make it the number one priority. If any of our supporters knows about lightning protection, we are very much open to advice on this.