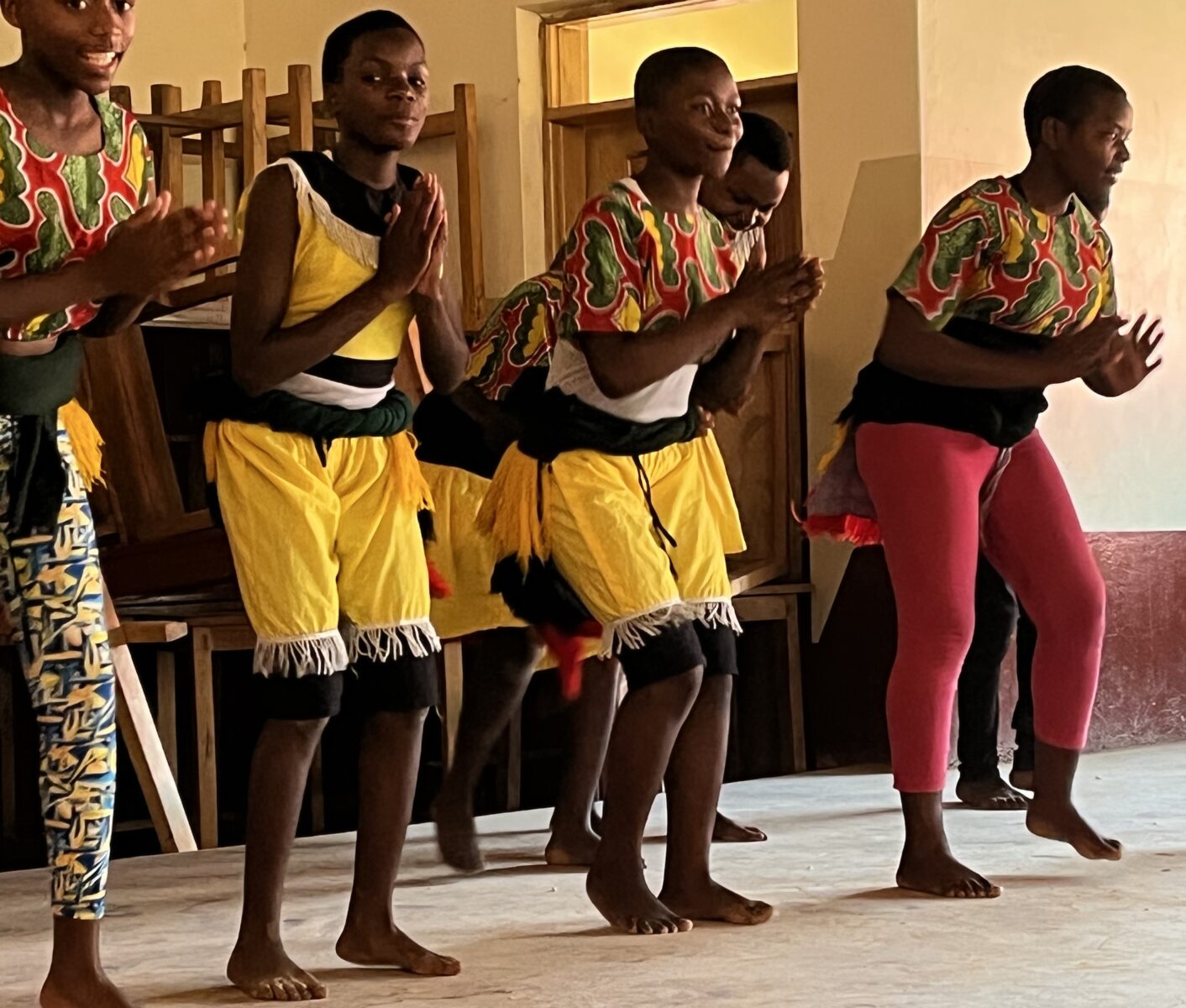 Isaac Newton High School is the longest running and biggest of the Humanist schools in Uganda. It educates over 1000 children, 750 in the secondary section and 259 in the newly acquired, former Evangelical Christian, primary school. The high cost of feeding this number of children threatens the school’s very existence.

When we visited in July, a happy, purposeful buzz ran through the entire school. Staff and children were putting Covid behind them and getting on with the job of teaching and learning and taking part in those wider activities that create a rich educational experience such as sports, music, drama, art and debating.

The financial challenges, however, are acute. Family savings have been depleted and farm incomes, which are rainfall and harvest dependent, remain low. Consequently, many have run up substantial school fee arrears.

The Uganda government has tried to respond to the challenges. Isaac Newton took up the offer of a low interest government loan. This provided immediate relief but the school must find money to repay it over the next year. Their hope is that the economy will have recovered by then and families will be able to pay school fees in full.

UHST encouraged Humanist Schools to enrol their staff in the National Social Security Fund (NSSF). Schools contribute 10% and staff 5% towards the pension fund, which provides staff with long-term security and encourages retention. During Covid, contributions to the scheme were suspended to help schools but as soon as the schools reopened they were presented with a bill for arrears of NSSF payments during the 2 years of Covid. In Isaac Newton’s case, they must find £4,400 in accumulated arrears. This is a huge amount at a time when fee incomes are so low.

The prolonged East African drought reduced crop yields and raised food prices throughout Uganda. The escalation in world food prices caused by Russia’s unprovoked war on Ukraine has had a further impact on family budgets and school food costs throughout Uganda. Food is the second highest school cost after salaries. School budgets have been squeezed between lower fee incomes and a more than doubling of food prices. Yet, ensuring that children receive school meals is crucial both to their physical welfare and their ability to study well.

Peter Kisirinya, ever the innovator and problem-solver, has tried to make the school less dependent on the vagaries of the market. The school has rented 10 acres of land from an elderly local family. 7 acres have been planted with maize and 3 acres with beans. The crops are doing well and they hope to produce enough food in the first term to meet the needs of the children and staff.

The school is coming to the end of two difficult years. Due to an outbreak of Ebola earlier this year, the latest challenge, children throughout Uganda were sent home on 24th November. Fortunately, both external and internal exams have been completed. The marking period has begun, and the school will be anxiously awaiting the results, which come out early in the new year.

As a result of unpaid school fees, high food prices, the cost of land hire and planting to yield a crop next term, and Social Security Fund arrears the school is left with outstanding debts of over £14,000, part of which is pay for the ever-patient school staff in November and December. As Humanists we recognise that the school’s salvation rests with people of good will. Peter is appealing to the better nature of parents to pay the fee arrears they owe. Following common practice in Uganda, children’s exam results may be withheld until the fees are paid. However, those parents who fear that their children may have done badly in exams may refuse to pay and forgo school reports and exam certificates. UHST would like to help, but our resources are at rock bottom after providing the extra support that schools have needed to get through two extraordinary years. It will be a huge challenge to clear the debts before the start of the new school year in February.