The Family of Humanist Schools in Uganda is Growing

We have just returned from a 3-week visit to Uganda, where we visited some of the growing band of Humanist Schools.

Isaac Newton High School, near Masaka, is a beacon for high education and welfare standards in its District, where it is the 5th best performing school out of 35. Its visionary and energetic Director, Peter Kisirinya, and the school’s hardworking and talented staff are determined to make it even better. Recent site additions, including a fine new teaching block with 3 additional classrooms and a well-equipped science lab and a second boys’ hostel nearing completion, make the school well-equipped for teaching 600 students, with two classes (North and South) in each O-level year. The school has a thriving Humanist Student Association, which works to improve life in the local villages and promotes First Aid skills with help from the Red Cross.

Mustard Seed Secondary School, near Kamuli, is also rapidly becoming the school of choice in its area where, in 2018, the national examination results placed the school 6th out of over 30 schools in its District. As at Isaac Newton School, two-thirds of students board, while the rest walk to school from the vicinity. Uganda Humanist Schools Trust’s supporters fund around 60 boarding places in each school. They are allocated to bright children from the most-needy homes. The school has an active sports programme for boys and girls. The boys are proud of their achievement in winning the District CocaCola cup championship this year. There is an active scouting group, which has performed well in competitions around Uganda and in Rwanda. Simon Bogere, the school’s Humanist Counsellor, has just qualified as a Humanist Celebrant and has officiated at his first Humanist wedding.

Kasese Humanist School is the umbrella for 3 primaries and a secondary school. They are run by Robert Bwambale, who has an active and inspiring Humanist presence on Facebook. After two attempts in rented buildings in Kilembe, known for mining copper and cobalt, and in the disused railway station in Kasese, Robert bought land next to the Rukoki River and established a permanent primary school which currently educates 69 boys and 70 girls. Two years ago, alongside the primary school he founded a small secondary school, which educates 51 students. He has also constructed a small orphanage (Bizoha), in Mohokya to the south of Kasese, which provides a home for 12 orphan children; a cause dear to Robert’s heart as he himself was orphaned as a young child. Next to the orphanage a successful primary school with 245 children is ably led by their headteacher, Phiona Ngabirwe, who has just completed her Diploma in Education, with help from Uganda Humanist Schools Trust supporters. Another project caters for really needy children of primary age from the destitute fishing village of Kahendero, on Lake George. Unfortunately, the school roll has fallen this year from 200 to 120 after government officials confiscated boats and fishing nets after alleged illegal fishing. Robert has built his schools on a shoestring. He educates really needy children, charging very low fees and subsidising the schools from the proceeds of a number of small businesses. UHST helps the Kasese schools by providing funds for books and science materials. The schools have a strong Humanist ethos and their two best students, for the past 5 years, have been awarded UHST scholarships to attend Isaac Newton Humanist School, near Masaka, where they are among the best performing students in the school as well as being exemplary for their Humanist life stances.

Katumba Parents Humanist Primary School was set up 4 years ago in a small village 3km from the Congo border in the foothills of the Ruwenzori Mountains, the fabled Mountains of the Moon. The initiative came from a group of

parents,  Maate Hassan, Irumba Juma Siriwayo and Matte Elisha Ssebaddu, who were desperate to provide a decent education for their children. These three provided their own land for the school and created a group of parents to manage it. Using what little money they could muster and using timber cut from local forests they constructed make-shift classrooms with earth floors and opened the school in 2010. In a failed insurrection in 2014 many people in the area were killed, including 100 fathers from the school, leaving 180 children to be brought up by their mothers alone. In that year, disillusioned with religion and witchcraft, the school adopted a Humanist constitution and set out to combat superstition and the influence of local witch-doctors and clerics. The school educates over 200 children and remarkably some of them attain Grade 1 in their primary leaving certificates. Since 2018, UHST has contributed towards the school fees of the 180 orphans and we have given the school money to buy books. We have also provided scholarships to enable 3 children to pursue secondary education at Isaac Newton Humanist School near Masaka. The school has registered as a not-for-profit company and UHST has a Director. During our visit this year we were shown a large, flat plot of land that a parent has given for the building of a new school. We are currently considering whether our charity might be able to raise the resources to help them realise this ambition.

UHST is also corresponding with a number of other schools that embrace a Humanist ethos including:

In addition to these, there are a number of other schools in the West of Uganda that are getting help to adopt a Humanist ethos from Hank Pellissier, from the Brighter Brains Institute in the USA.

Given the rapid growth in the number of Humanist schools in Uganda, UHST will be funding a 3rd Uganda Humanist Schools Conference in January 2020. The 3-day conference will be held from Tuesday 21st to Thursday 23rd January

at Isaac Newton High School. It will bring together the full-time teachers from those schools that belong to Uganda Humanist Schools Association, with two representatives from the each of the wider group of schools that have not yet become members.

The conference will enable teachers from the different schools to meet together and share ideas. They will revisit the materials developed a few years ago in the Humanist Ethos Project and refine and extend them. Workshops will be held to finalise the syllabus and materials for a new course on Humanist Philosophy, Society and the Global Environment to be taught to senior 1 and 2 students in Humanist schools. The Raising Voices Project team will lead workshops on how to develop school disciplinary procedures based on empathy and personal responsibility. The final day of the conference will focus on the theme, Raising Educational Standards in Humanist Schools. This will be led by academics from the School of Education at Makerere University, and primary and secondary school examiners and curriculum developers. We are hoping the conference will energise the participants and send them away feeling that they are part of an exciting common endeavour to open young minds by exposing them to liberal secular humanist education. 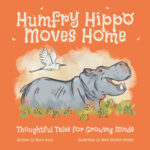