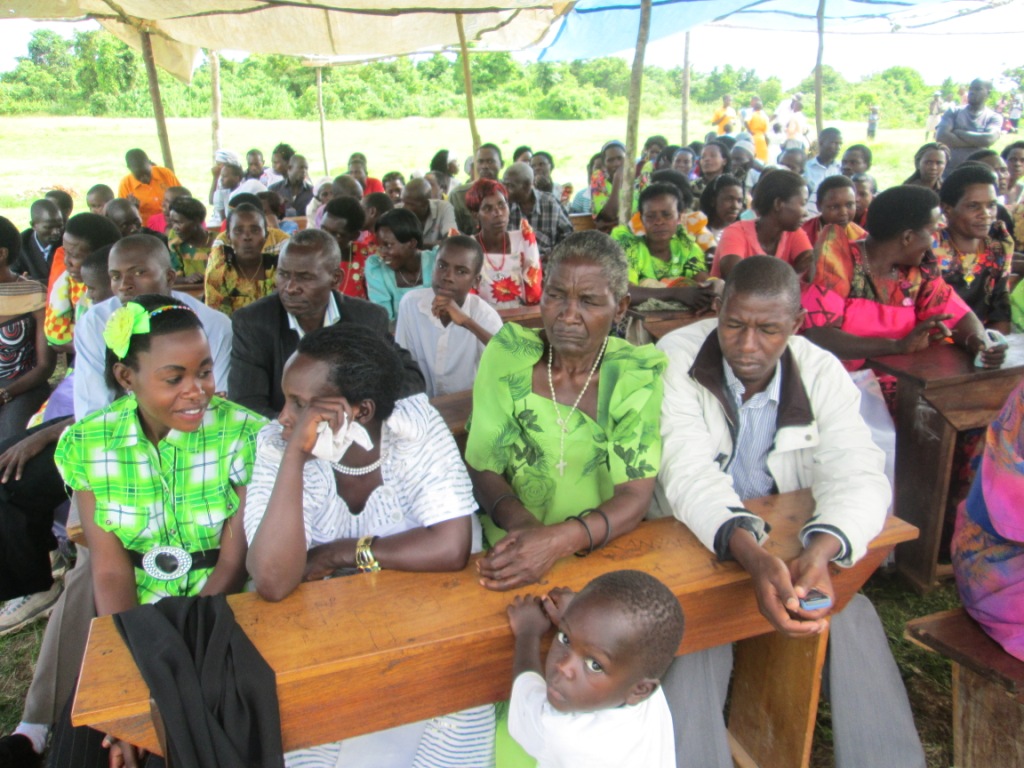 In the 2012 Uganda Certificate of Education (O-level) results one student gained a grade 1 aggregate (putting him in the top 8% of students in the country). 5 students failed through drop out before the exam but there were none with lower pass grades. Out of 44 students, 37 passed at grade 3 or better (grade 6 being the fail grade). The results are remarkable given the poor rural location, limited resources and relatively poorly qualified teachers. It is a testimony to high staff morale and hard work by staff and students alike.

For a second year the school has used scholarships from UHST to attract bright students from poor homes, all with grade 1 in the Primary Leaving Certificate. If this continues we should look forward to progressively improving standards in future. Moses Kamya also points to the beneficial effects of books, science materials and e-learning resources (see picture of A-level students in the computer lab). Since the start of the year there have been further improvements in school infrastructure.

MMoses Kamya’s next priority is the levelling of land purchase last year, with a grant from UHST, to create a playing field.

UHST in collaboration with the Uganda Humanist SchoolsAssociation (UHSA) organised the first conference for teachers in the Humanist Schools in Uganda. There were 56 participants including teachers from Mustard Seed School, Isaac Newton High School, the Mute Campus of Isaac Newton (formerly Humanist Academy/Fair View School. The conference had three main themes: developing a distinctive ethos for the operation of Humanist schools, improving educational outcomes, and making effective use of books and computers to support learning.

Thanks to a generous bequest from a family in Cambridge the Mustard Seed School has been able to build an 18 roomed hostel, housing 102 girl students, with a separate matron’s room and an internal washroom with showers. The latter was made possible by a new pumped water system completed at the same time. UHST, with help from generous donors in Styal and Stoke-on-Trent, have provided funding for improved toilets at Mustard Seed and Isaac Newton Schools. The toilets, which each have 4 stances for students and a separate toilet for staff and visitors, use a Ventilated Improved Pit (VIP) construction developed first in Zimbabwe. Separate wash blocks were built at the same time using piped water which is now available throughout both school sites. Details are in the two school reports.

UHST, with the agreement of IHEU and UHASSO, is helping Peter Kisirinya to bring the Humanist Academy/Fair View School under the management of the Isaac Newton School. The school will in future be known at the Mbute Campus of Isaac Newton. IHEU has resumed funding for the school’s building programme, which has seen the much needed library and science labs completed (pictured above). UHST is also providing immediate help with running costs and is providing additional scholarships to allow bright but needy children to attend the school. Meetings have been held with the local community who strongly support the new action plan and have been working to clear the access paths.

Report on developments at Mbute Campus…